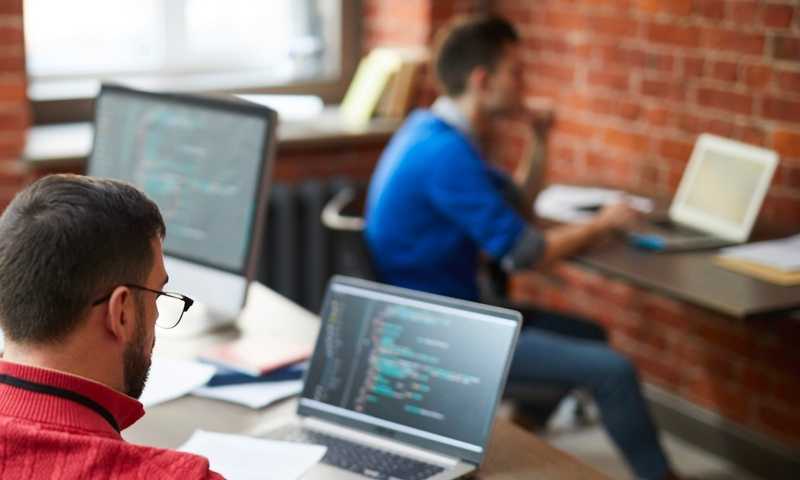 With college loans soaring, more students are considering alternative forms of skill building. In the world of software development, apprenticeships and boot camps are fast becoming the new normal for those looking to enter the industry. While both practices have their own list of advantages and disadvantages, in this article we'll talk about why apprenticeships not only bring more value than boot camps, but also when compared to traditional universities as well.

One of the most exhilarating things about learning to code in the modern era is the sheer amount of information we have at our disposal. The internet offers a goldmine of websites, courses, books, videos and other resources from which we can develop in-demand programming skills.

In practice, however, it takes a special person to go from "playing with code" to getting paid to code without outside help. Even the most famous "self-taught" programmers like Facebook's Mark Zuckerberg or Tumblr's David Karp benefited from the tutelage of experienced mentors along the way.

There are a number of options available to anyone looking to bridge the gap between self-taught and sustained employment. Coding boot camps and apprenticeship programs, for example, are both growing in popularity across the nation. While both approaches are intended to help novice coders reach proficiency as quickly as possible, there are many key differences that would-be participants should consider.

For example, boot camps are usually open to anyone, whereas apprenticeship programs are highly selective. Apprenticeships also tend to last longer and are more rigorous. Most importantly, as an apprentice, you'll cultivate your skills by intermixing classroom lectures with real world projects for actual clients. Boot camps traditionally have fewer real-world coding exercises, instead, classes focus on getting students up to speed with the fundamentals.

According to Student Loan Hero, the class of 2018 owes on average $29,800 per person in student loans. As a whole, nearly 50 million Americans owe a collective college loan debt in excess of $1.56 trillion. Needless to say, something has to give.

As school bills continue to skyrocket with no solution in sight, living cost alone is one of the primary driving forces that make a software apprenticeship more attractive than a four-year university.

This begs the obvious question: Is today's college curriculum really preparing students for the jobs of tomorrow?

Generally speaking, universities have an affinity for abstract and theoretical concepts. In the real world, however, day-to-day programming jobs don't require such an overly in-depth understanding of CS theory. In fact, theoretical CS positions are commonly filled by grads and post grads, not undergrads.

While apprenticeship programs like the Techtonic Academy are dedicated to teaching students the latest, most relevant technology stacks and frameworks, the bureaucratic nature of universities makes them less dynamic, slow to adapt to the fast-paced shifts of the tech sector.

America's K-12 education system is skewed toward preparing students for college rather than the job market. While 70% of students head to college after completing high school, only a 55% will finish with a degree.

With no clear pathway forward, many otherwise talented dropouts settle for dead-end opportunities or outright abandon the job hunt altogether. As this issue continues to plague cities across the nation, state and local leaders are increasingly turning to German-style apprenticeship programs in an effort to revitalize labor markets and give their constituents a different path forward.

Germany's unique approach to education is perhaps the single reason why the country has been an unrivaled manufacturing powerhouse for over a century. Rather than prioritize college, estimates suggest about 52% of German high school students become apprentices.

Recently, Randall Woodfin - the major of Birmingham, Ala - toured a German-based software apprenticeship program offered by Abat AG. During a Q/A session, Jorg Pieper - one of the company's board members - explained to Mr.Woodfin that in order for similar programs to work in the U.S., we must correct our misperceptions. Mr.Pieper goes on to tell Mayor Woodfin that once you graduate in America "you are just labor, or you go to university... The apprenticeship - it's not considered a good education."

When asked about opening similar apprenticeship programs in the U.S., Mr.Pieper says our country's lack of regulation means Abat AG would have to first invest in developing a quality curriculum. What's more, since our current education system doesn't prep students for apprenticeships, the company would also have to radically rethink its application process.

In our opinion, Mr.Pieper is on point in his critique of the U.S.'s apprenticeship woes. As we march deeper into the 21st century, Techtonic and our partners will continue to encourage state and national leaders to see apprenticeships through a new lens, and hopefully disrupt the standard university model of education in the process.

According to a 2016 study by Google, just "40% of surveyed school principals reported that their schools offered CS, including programming." However, the actual figure is likely far less as "many principals didn't understand what constituted 'computer science'."

Before blazing ahead, policymakers must start by clearly defining "computer science" as it relates to K-12 education, as well as what students should and shouldn't be required to know. As noted by Connected Learning, "there is concern that as CS education grows, the subject will be taught, using old school formulas, requiring "overly-fixed curriculum" and multiple choice tests, and leaving behind creativity, project-based learning, and personal expression."

Obviously, the goal isn't to force every child into a CS-related career. No, instead the goal is simply to stress the importance of computer science literacy and afford all K-12 students access to basic classes. Children are naturally inquisitive and creative. The coding element of CS should be seen as a natural form of expression in the same way we currently view art, music, and dance programs.

However, young students that do display a particular talent or interest in the subject, should be fostered. Many see high school-level vocational training as an obvious solution. Rather than force teenagers to finish school before they're given access to apprenticeships or college, in-school vocation training would allow students to gain a deep level of proficiency before graduation.