The Business Case for Diversity and Inclusion Initiatives 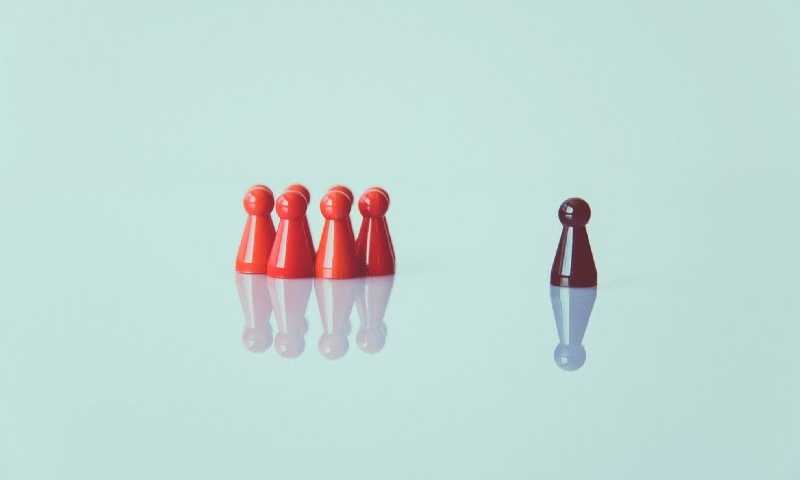 Diverse businesses do better. When you get down to a more granular level of offices and teams, diverse groups do better than homogeneous groups even within the same corporate structure. Maybe you believe those statements already, or maybe you don't. Either way, I'm assuming you need some cold hard numbers to help convince either yourself or the people around you. For some statistics that can help you make your pitch, and some frameworks that can help lend a sense of urgency to diversity initiatives, keep reading.

Let's get into the numbers. Companies in the top quartile of diversity are 35% more likely to outperform industry revenue averages. Companies with the highest level of diversity make 15 times more than companies with the lowest levels of diversity across industries. When it comes to metrics like employee satisfaction, customer service, and product innovation, highly diverse and inclusive companies received an 83% boost. Diverse companies are 70% more likely to capture new market share and bring new ideas to production. If the team responsible for developing a product has a member of the target demographic, that product is 158% more likely to appeal to the demographic.

In case it's hard to contextualize those numbers consider this - before we even get in the question of the positive effects of D&I, the annual costs of discriminatory practices are placed at a conservative 64 billion for the US. That's about 15% of this year's expected GDP growth. Fifteen percent extra GDP growth, just by being decent people. Reach past mere decency, and the payoff for inclusion is literal, world-changing economic growth. 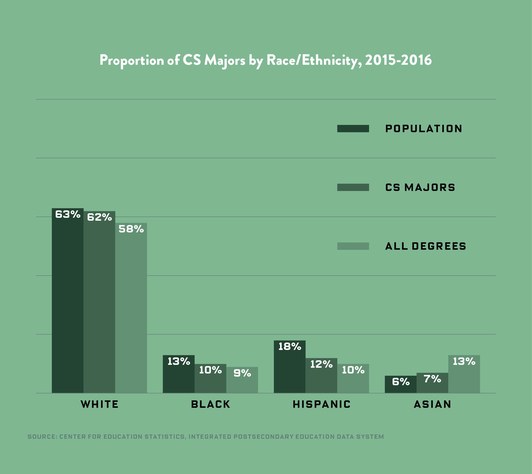 The marching orders for the tech industry to achieve these gains are daunting. We're facing nothing less than desegregation. In America's most segregated metro area, 78% of Black people would have to move into white neighborhoods to achieve proportionality. In Silicon Valley, Black people have 2.8% of the job share in tech, while representing 13% of the general population. This would require a 79% shift of black people into currently white held jobs to achieve parity. In other words, tech in Silicon Valley is more segregated than the worst urban metro areas in the US, all without the help of redlining or other explicitly racist policies and laws. For Silicon Valley, segregation is just the cultural default.

Admittedly, there are some social reasons desegregation (not just racially but between pretty much every protected class) faces resistance. While diversity leads to better problem solving, it also contributes to higher friction in discrete moments. People may feel uncomfortable or even attacked in groups where there is dissent, or where they may have to consciously adapt their communication style or behaviors. Remember all the people who spent time defending 'locker room talk'? So, while employees are overall more satisfied with their work culture in highly diverse companies, there is greater potential for uncomfortable moments. But the fact remains that no matter what group you isolate, the diverse group does better. This reality is at odds with the elusive 'culture fit' so many tech companies make an explicit part of their hiring practices. The consequences of this have been written on widely and better than I'll seek to do it here, but culture fit remains a barrier for increased diversity.

So we're left with the facts- we are made uncomfortable by the natural consequences of diversity, yet it's key to high performing work cultures. Diversity brings to light our own latent biases, makes us grapple with unfamiliar social norms, and requires compromise and collaboration on behaviors and ideas which may go unquestioned among a homogeneous group. All these truths force us to admit our gaps in understanding and seek to fill them. Essentially, to reap the benefit of a diverse environment, we're called on to get comfortable with the feeling of vulnerability that comes with it. But few companies seem willing to do the work, or they don't consider that siloed groups that boost metrics don't actually solve the problem.

Be Better Than This Guy

During my last job search, I was at a local meetup. One of the devs I met there read my name tag, and proudly told me that the company he worked at was 15% Hispanic, and 40% female. I asked what sort of jobs those groups held- were any of them on the dev teams? Nope. That 15% Hispanic number largely consisted of the guys in the machine shop or on the janitorial staff. The women were largely in administrative, marketing, and sales jobs. When I pressed to learn whether there were any minorities or women in technical roles, he thought for a second and told me there was one Indian guy they had just hired. This isn't an uncommon situation- lots of organizations tout overall numbers, but when you get into the nitty-gritty, few of them have integrated groups. Men and women are hired and promoted within different departments. Minorities are siloed in different roles. Diversity is treated like a slogan, not a value.

To minorities considering jobs at those companies, these realities are incredibly discouraging. Moments like these signal an unwillingness to grapple with heavy topics, an institutionalized habit of paying lip service and avoiding hard work, and leaders who aren't prepared to invest in real change.

If you're looking at your company and realizing these problems are present, it can be a difficult moment. Bringing diversity to the top of the priority list requires teams and people to open themselves to vulnerability- to the idea that maybe they haven't been conducting themselves fairly in hiring, mentoring, rewarding and retaining employees. Maybe bias has crept in on accident, and it's only obvious when you sit back and assess the consequences.

Luckily, pretty much everyone agrees that dealing with vulnerability well is the key to good work environments, great leaders, and generally well-adjusted adults. Encouraging a culture which seeks to solve rather than ignore problems is half the battle, and comes with a whole bevy of positive side effects. Ultimately, the business case for diversity is powerful. Increased revenue, market share, and employee satisfaction are nothing to sneeze at if you need to gain buy-in. In the end, you have all the reasons in the world to care about D&I, and discomfort is the only excuse not to. I think most of us are better than that.

The next article dives into why your personal commitment is key- even more so than your business commitment. Go ahead and follow to get notified when that one comes out.

This article is part of a series. Read the first post here!